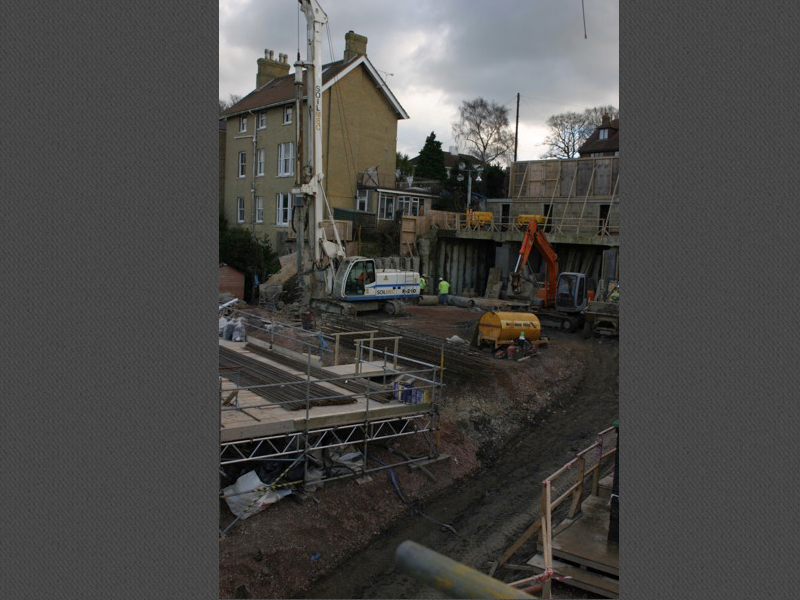 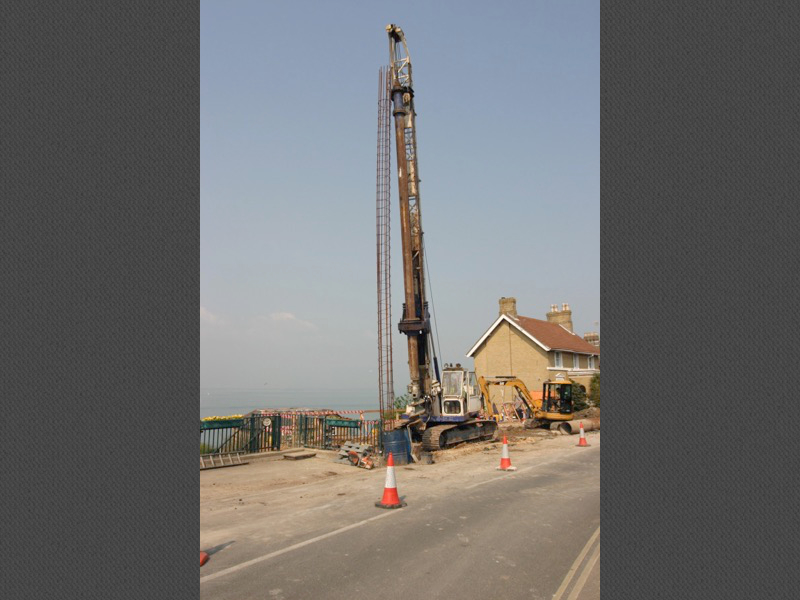 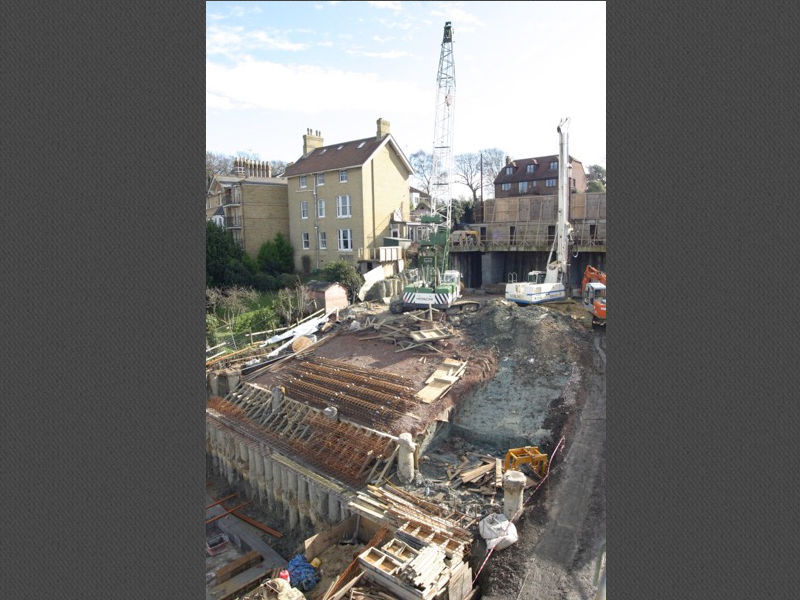 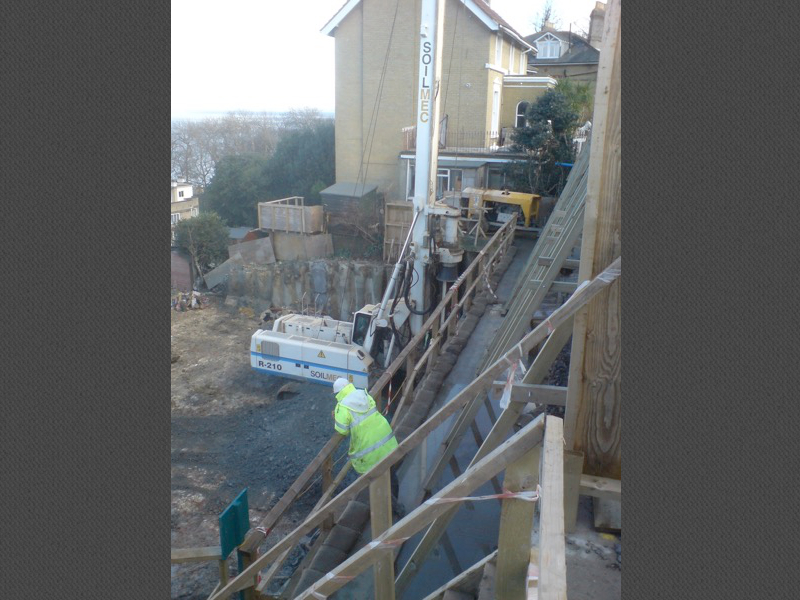 This site was occupied by a bungalow adjacent to Baring Road, which showed evidence of being affected by landslipping. Investigation, including inclinometer monitoring at a number of locations, found it to lie near the head of a very deep, compound landslide exiting in the Solent as well as being affected by shallower slides exiting near Cliff Road.
A scheme was devised to stabilise the deeper slip by removing weight from the head of the slide and carrying the loads from the proposed six storey development deep below the slip plane, necessitating the use of 32m deep heavily reinforced piles 1050 diameter. The excavation for the basement to the development required a 6 metre deep retaining wall to be constructed, using a contiguous piled wall adjacent to Baring Road.
Below the six storey development two 4 storey blocks of townhouses were built using piled foundations together with an intermediate piled contiguous wall designed to stabilise the shallower slips.
Our work on this scheme was limited to the design of the stabilisation scheme, the piled retaining wall and piled foundations. The superstructures were designed by others.