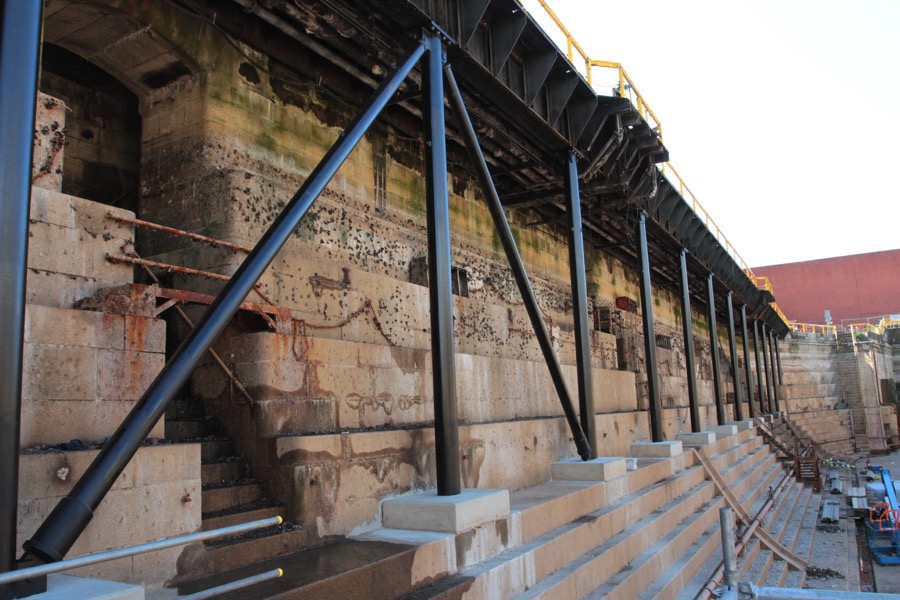 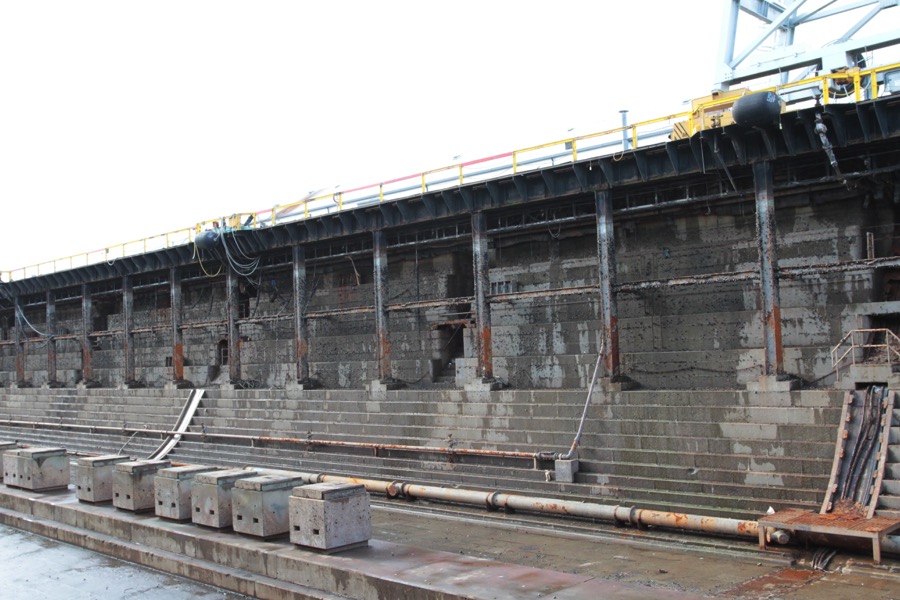 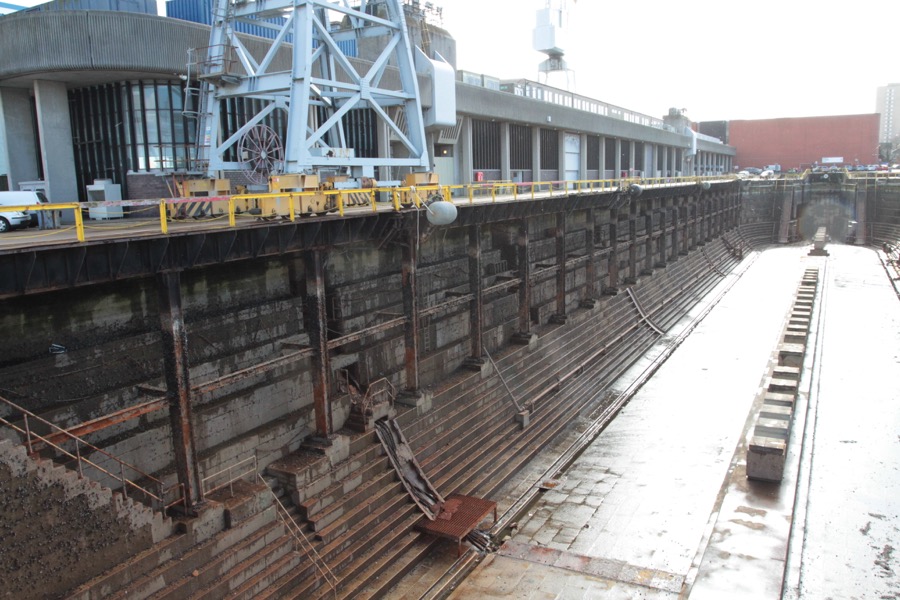 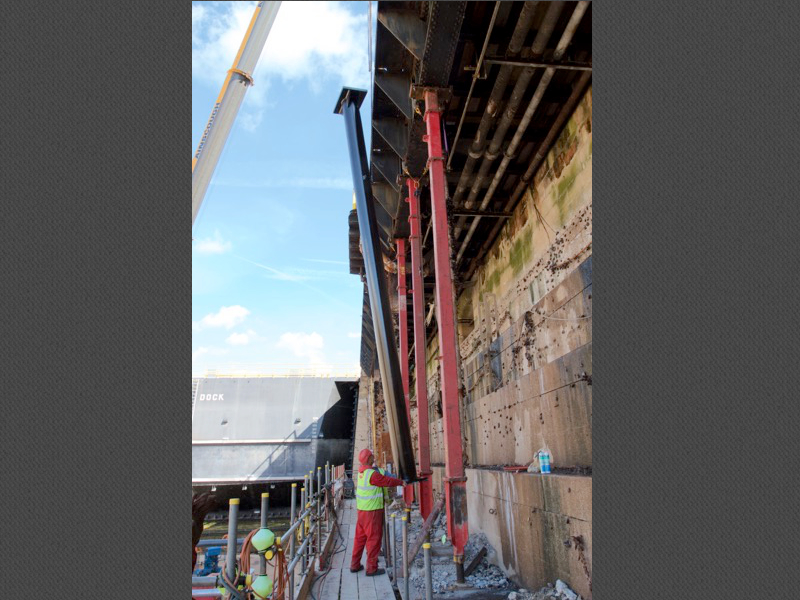 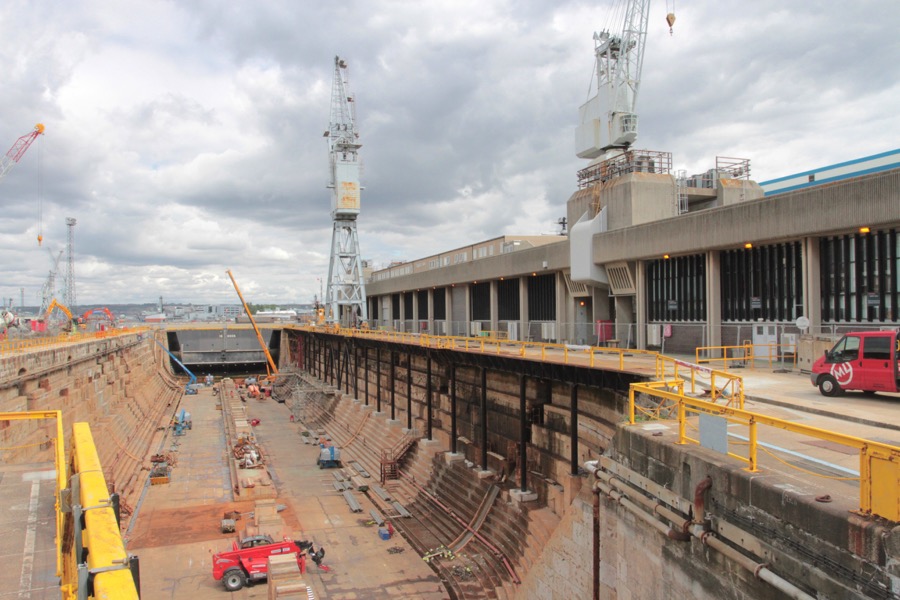 The supporting columns to the dockside crane were badly corroded and need to be replaced. Rather than replicate the existing columns which were built up I sections, braced between themselves and back to the dock wall, I chose to use hollow circular sections that could take the weight without bracing. They also perform better in corrosive conditions. Longitudinal bracing was provided by diagonals in the centre two bays, chosen so that they would be unaffected by temperature movement in the overhead beam. This allowed very rapid replacement of the existing columns. Installation taking less than half an hour per column. The work included the back boards to the yokohama fenders.