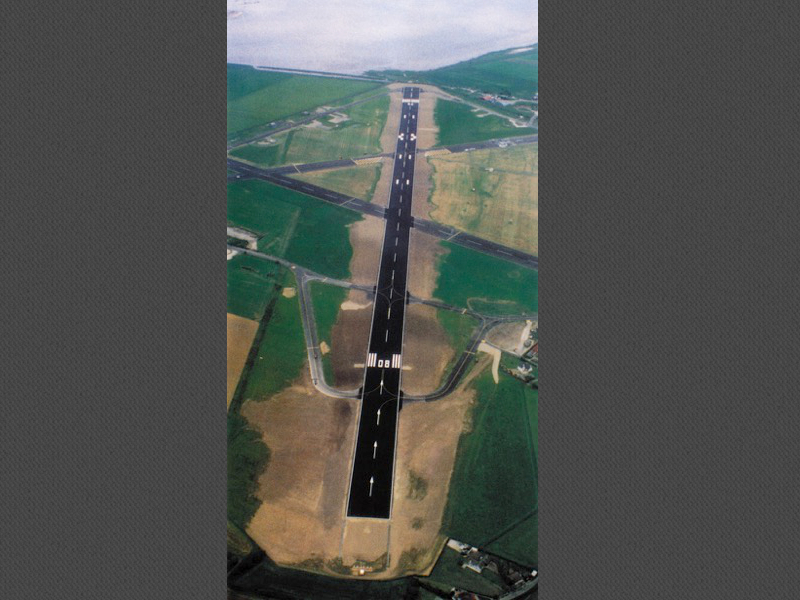 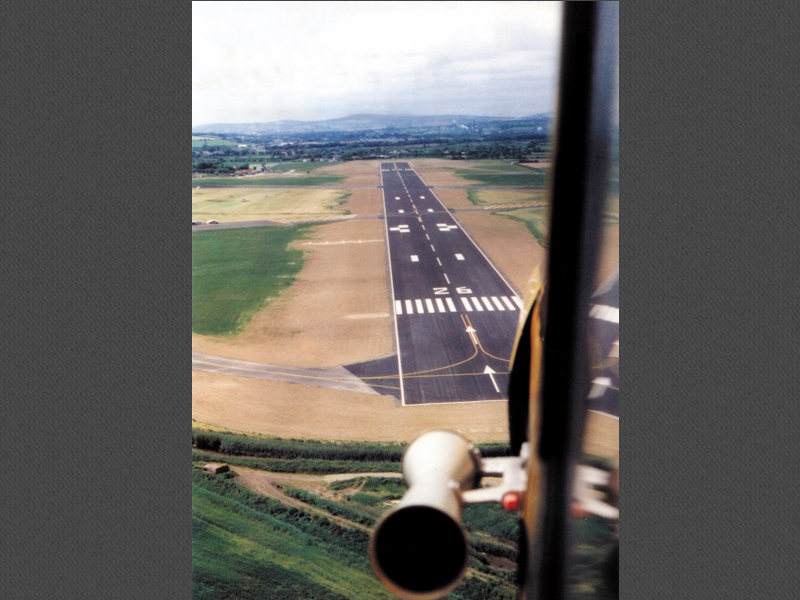 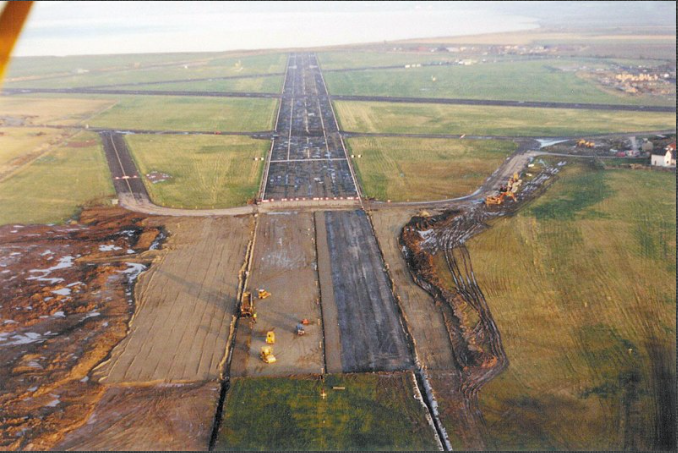 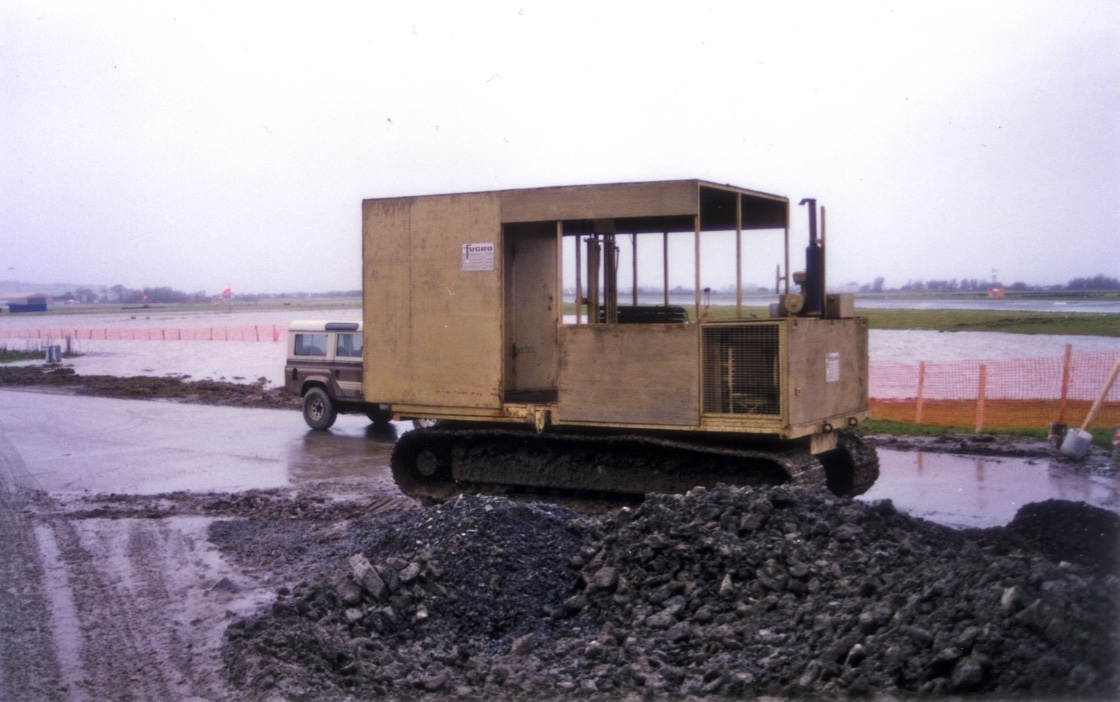 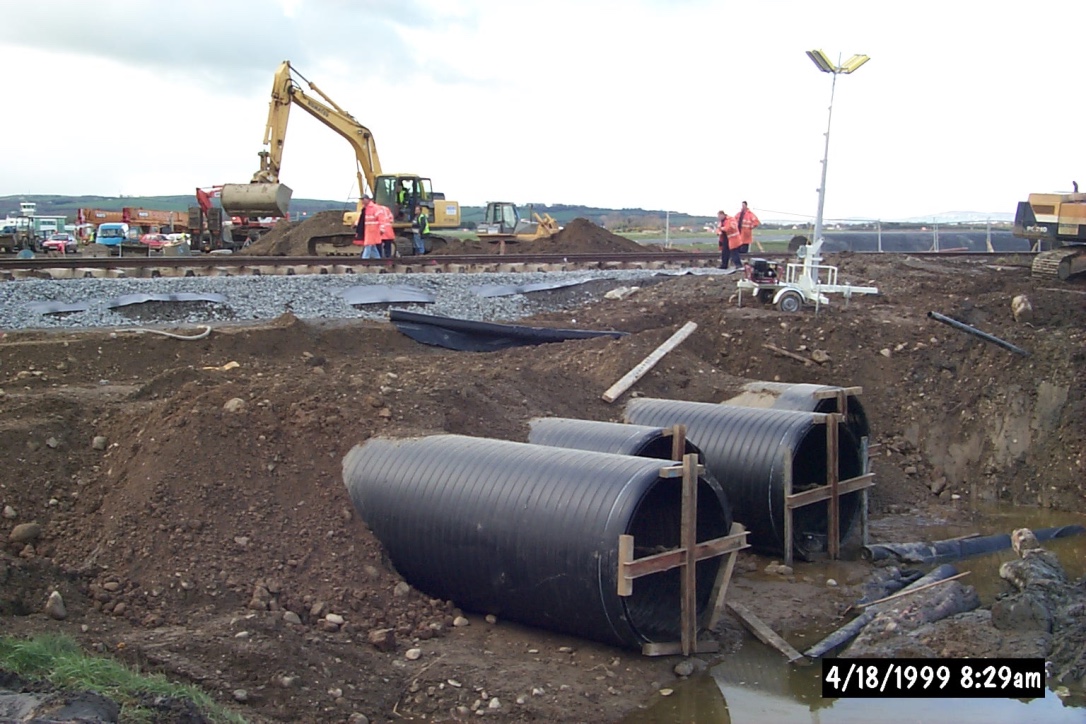 Railway bridge replaced with culvert in a single night closure 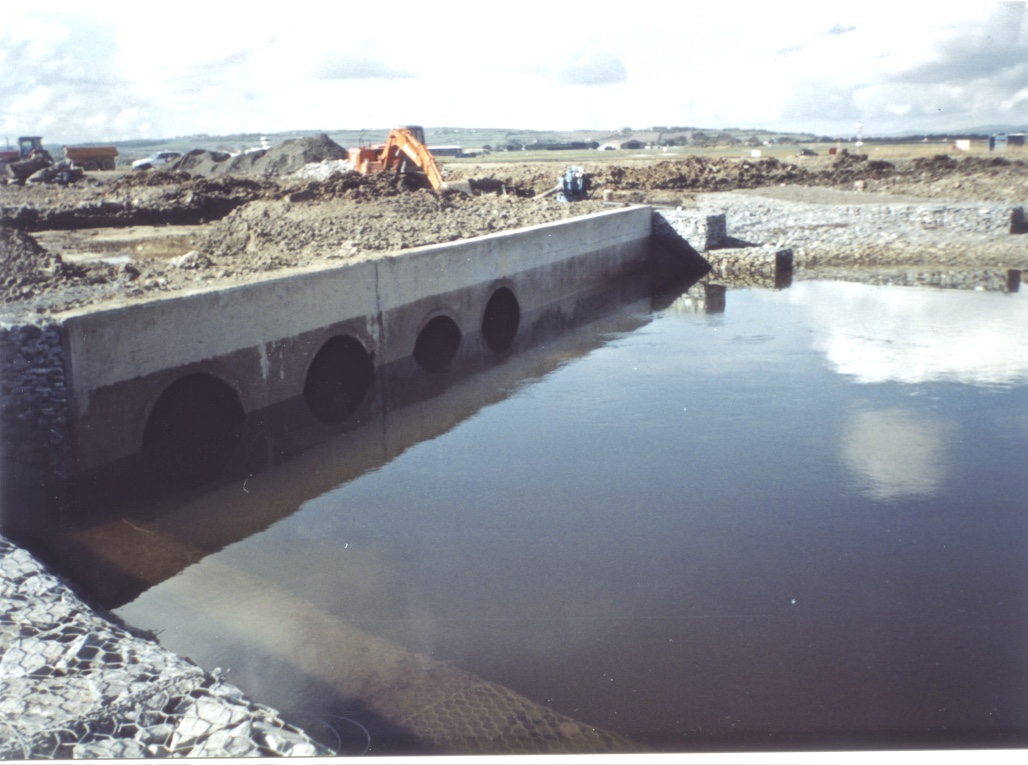 Outfall of culvert to river 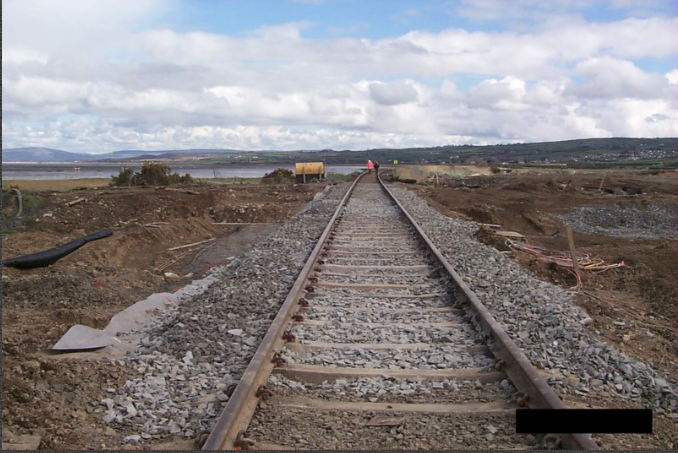 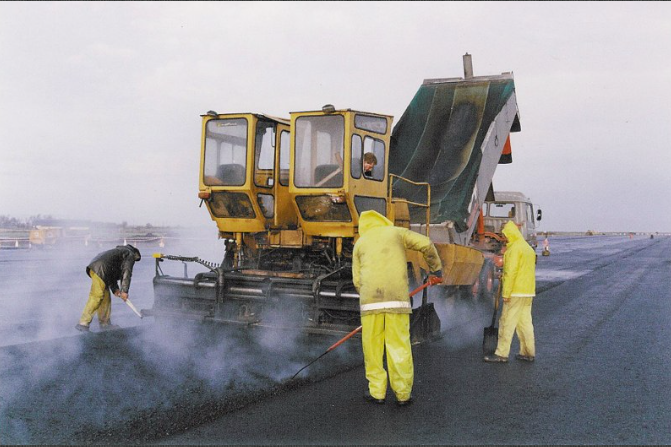 One scheme that has involved a wide range of civil engineering expertise, has been the redevelopment of Derry Airport in Northern Ireland. This work, which has been carried out in a number of phases, has included the extension of the subsidiary runway; the extension of the main runway and the complete reconstruction of the pavement for the original main runway; the reconstruction of the main taxiway and the building of a new apron and finally further extensions of the main runway at either end. This last phase involved the main runway crossing both a river and a main railway before extending out over the banks of Lough Foyle.
Geotechnically, the scheme has been interesting, as the soil conditions vary from sand, to 5m of very soft alluvium overlying 35m of soft glacial deposits, over which we had to construct an 150m wide embankment to carry the new runway and also the existing railway.
Pavement design for the runways consisted of dense bitumen macadam over a leanmix base as an overlay to the existing runway; or over a stone sub base and capping layer on the new sections. The surface to the main runway incorporates a friction course. For the apron, interlocking concrete paving was used over a leanmix base.
As the runway extension crossed the river it had to be culverted. This involved the hydrologic analysis of the catchment area to derive the design flow of 29 cumecs. This flow is carried by four 1800mm dia HDPE pipes, each 220m long and laid, with minimal cover below the runway and railway. The hydraulic design of the culverts and inlet/outlet structures was complicated by the fact that the river is tidal and also drains the neighbouring fields which are below sea level.
Probable wave heights had to be calculated for the design of the revetments to the edge of the embankment and within the river channel.
The runway was also designed to cross the railway. This involved realigning the railway and a number of crossings for the culverts etc. These were carried out during nightime closures.
Each phase of the work has been characterised by extremely short design and construction periods, but have all been delivered on time, without interrupting the air traffic at the airport which has remained open at all times.